The advancements in the Internet of Things (IoT) and the introduction of the connected-home concept combined with people working, studying and resorting to digital entertainment at home due to the global coronavirus outbreak led to an everlasting increase in the number of in-home wireless clients, which is becoming unsustainable by the existing Wi-Fi technologies. The Wi-Fi industry went under a swift evolution to catch up with the substantial demand created by the increased number of wireless clients. The transition from 2.4 GHz-only Wi-Fi 4 CPEs (802.11n), to dual-band Wi-Fi 4 CPEs, to Wi-Fi 5 CPEs (802.11ac) was able to sustain the needs of these wide range of wireless clients, until now. We are at the dawn of a new era with the arrival of brand-new Wi-Fi 6 (802.11ax) CPEs. Wi-Fi 6 technology is excitingly promising with its increased number of streams, performance in multi-device households and fastest real-world throughput.

In the quest of providing the best Wi-Fi service, the textbook approach is making investments in upgrading the infrastructure (i.e. FTTX solutions, COAX upgrades, faster DOCSIS etc.) and the latest tech CPEs (such as gateways and MESH extenders). However, upgrading everything with the latest technology does not necessarily guarantee a high return on investment, because wireless clients are – and will always be – the weakest link in this transaction. It is your responsibility to make sure the investments in infrastructure and CPEs do not result in the loss of millions of dollars. Hence, maximizing the network efficiency while minimizing the in-home Wi-Fi problems with an educated decision-making before, during and after making the aforementioned investments is very crucial and is only possible with a data-driven methodology.

We all know there are a lot of things wrong with Wi-Fi, but for the sake of simplicity let’s classify these issues into four main groups, which are;
⦁ Coverage Issues; including limited coverage area, poor placement of gateway and MESH extenders and retail repeaters as a doomed solution.
⦁ 2.4 GHz Channel Congestion; depicting channel congestion as a result of over-utilization of 2.4 GHz band due to poor decision taking.
⦁ Infrastructure & Hardware Issues; including poor line stability and low memory & high CPU load in CPEs.
⦁ Client Related Issues; such as legacy clients with outdated Wi-Fi technologies and greedy clients who are aggressively consuming data at very low rates.

Of course, these problems are very well-known, as well as their solutions, to all of us, but do you know how common they are encountered in the field or who in your network is suffering specifically from each of these problems? Do you know what you can do – or could have done – to prevent these issues from ever happening in your network? Let us start with how commonly these problems occur, the above treemap chart is aggregated over twelve ISPs across five countries for approximately 8.3 million clients with an average weekly download of 98 GB. An important note here would be that these problem types might be intersecting (i.e., a house having both coverage and congestion problem is included in both percentages).

As depicted in the figure above, coverage is the most common in-home Wi-Fi problem type, experienced by almost one-third of the households in a typical subscription base. 2.4 GHz congestion is the number two most common problem type and even though it is not as common as coverage problems, the degradation in the QoE is quite critical as one in every five households suffers from this problem. Infrastructure and Hardware issues are not as common as the first two, which should not come as a surprise since most of the ISPs are investing their time and money in improving their infrastructure and selection of CPEs. The least common in-home Wi-Fi issues are the client-related ones, such as clients with legacy Wi-Fi technology and clients who are bottlenecking the available airtime by greedily consuming data at a very low rate.

The following series of blogposts are explaining why these four in-home Wi-Fi issues are encountered in the field and how these problems can be avoided by taking the right actions while building your network. This is a playbook on taking the right technical decision in the pursuit of providing the best Wi-Fi service with the cumulative experience of Wi-Fi experts combined with industry giants.

If you want to get early access to the above blog post series, drop your email below: 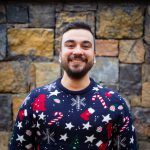